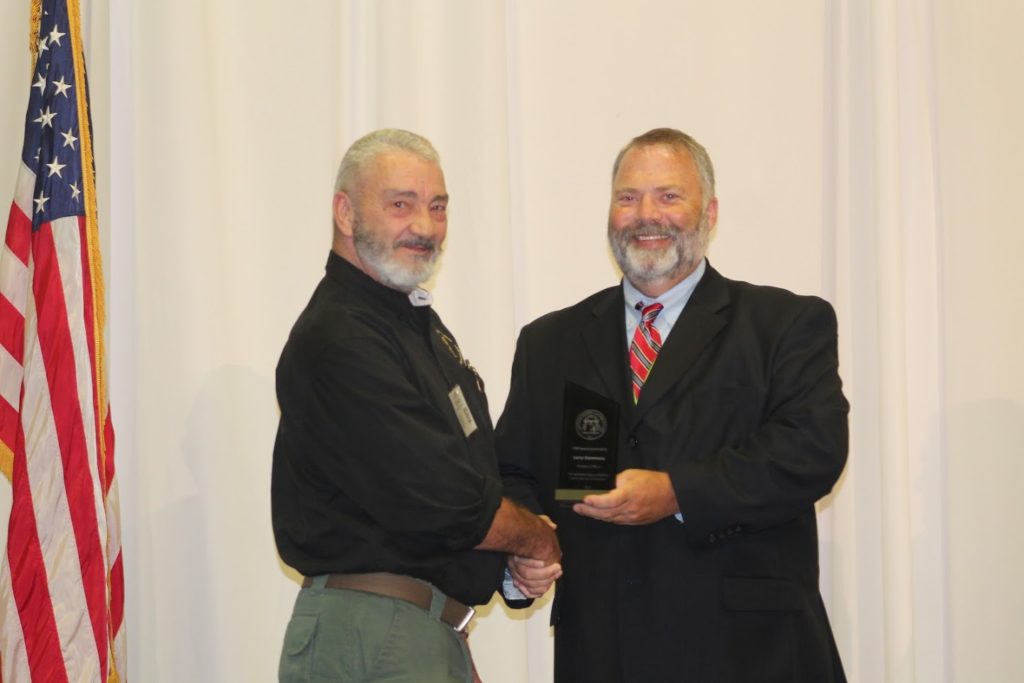 Pops. The Old Man. The Godfather. These are some of the names that have been used to describe Larry Clemmons, one of the backbones of the Appalachian Judicial Circuit’s Accountability Courts for the last 13 years.

When Judge Brenda Weaver decided to start a drug court in the circuit in 2003, the idea was not popular. Knowing that Larry had, over his 20 plus years in law enforcement, fostered relationships with almost every law enforcement officer, prosecutor, and defense attorney in the circuit, Judge Weaver reached out Larry for help. Larry reached out to a treatment provider that had been doing work for the circuit. They met in a local Waffle House for coffee and the Appalachian Circuit’s Drug Court program was born.

Fast forward to 2016. The circuit now has a Drug Court, a Family Treatment Court, a Mental Health Court, a Problem Solving Court, and a Veteran’s Court. Larry has been crucial to each of these programs. Larry is a father figure for those that have not have experienced a positive male role model in their lives. He is authoritarian to those who need stern direction. He is the man who will respond to a participant’s house at 2 am because they are “having trouble”. But most importantly, he is a man who, by his actions, has proven he cares about the participants. Not a graduation goes by when Larry Clemmons is not one of the most thanked staff members in the room.

Larry has been instrumental in leading community service projects including:

Larry’s current passion is his “Depot Boys.” Larry supervises the Appalachian Judicial Circuit Accountability Courts men’s facility-The Depot. During a recent review by Applied Research Solutions (a consulting firm that has been retained to report on veteran’s court effectiveness in Georgia) the Depot was described as a “life-changing” experience by one of the veteran residents there. Larry is available for the Depot residents 24 hours a day. He has spent hundreds of hours conducting his “back porch” talks where he gets to know the residents and offers them words of wisdom, and at times, direction and accountability.

Larry’s tough-guy persona melts away when he dons his Santa Claus suit at the annual Accountability Courts Christmas party. A close look at Santa reveals tearful eyes as children sit on his lap and ask for nothing more than for “Mommy to stop doing drugs”.

Larry truly goes above and beyond for each of our courts. He is here to make a difference in our participant’s lives. There will never be another like him.