The Honorable Judge Worcester was awarded the honor of National Court Appointed Special Advocates Judge of the Year at their annual conference in Seattle, Washington on March 13, 2017. Judge Worcester promotes and participates in CASA functions in his judicial circuit and on the state and national levels. He believes in CASA’s mission and its values. Those attributes were recognized by the National CASA Board of Directors and Selection Committee in choosing him for this honor.

When he was on staff with Georgia CASA and was helping the area develop a CASA program he fell in love with the north Georgia mountains. After law school, he returned to the mountains to establish his home. 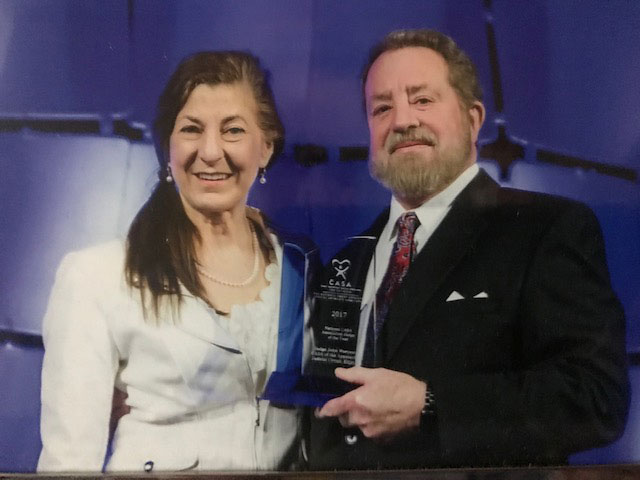 Judge Worcester spent eleven years practicing law with the Law Offices of Edwin Marger in Jasper, Georgia, where he concentrated his efforts in the areas of juvenile, family, and criminal law. Judge Worcester also served as an Assistant District Attorney in the Appalachian Judicial Circuit and was assigned to handle child support matters.

Judge Worcester served as Chief Juvenile Judge of the Appalachian Judicial Circuit from 2004 to 2016. During his tenure as Chief Juvenile Court Judge, Judge Worcester was active in the development and implementation of accountability courts. He currently presides over the Parental Accountability and Mental Health Courts. He was sworn by Governor Nathan Deal as a Superior Court Judge in the Appalachian Judicial Circuit in 2016.